Sally has been sunbathing in the garden of her large country home.  An acquaintance, John, stops by. Sally doesn’t really remember him, but he ingratiates his way in. John lets Sally talk herself into thinking he is there to discuss a business proposition with her husband Mark who “is due home any moment”. But John’s purpose appears to be a little more sinister.  This is a cleverly crafted tale with its fair share of surprises.

The action takes place in the conservatory of the Driscoll’s house in the Home Counties, late afternoon on a hot day in late summer, in the late 1980s.

Theatre 62 staged this production in-the-round. Originally a proscenium stage and set was planned, but during rehearsals it was decided that in-the-round helped establish intimacy and tension. 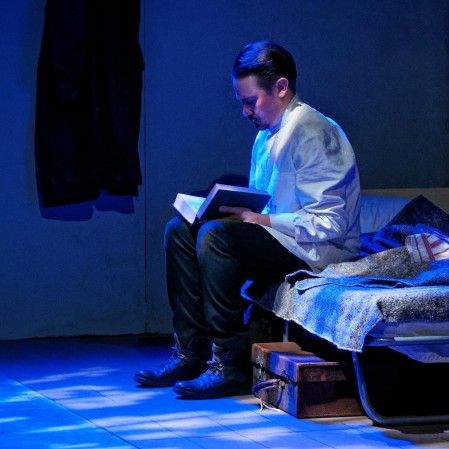